A Guided Tour of Marianopolis College In 1908, Notre Dame Ladies College was established by the Congrégation de Notre Dame. A bilingual college, it was the first institution of higher learning for English Catholic women in Quebec. Three years later the first degree was conferred through an affiliation with Université Laval. In 1922, affiliation was transferred to the newly chartered Université de Montréal. In 1925 new facilities designed by Louis-Auguste Amos and Joseph-Omer Marchand were opened in the heart of Westmount.

We meet in the lobby of Marianopolis College at 4873 Westmount Avenue, Westmount, which is in between Vendome and Villa-Maria metro stations.

Tour starts at 6 p.m. sharp. Be sure to be dressed for walking. 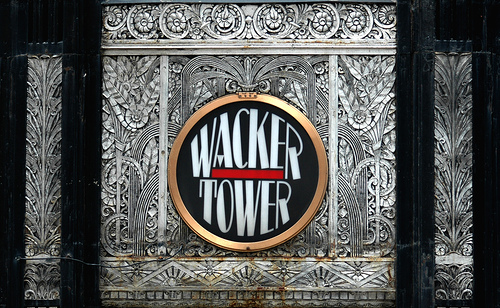 Photo by Terence A. Faircloth

The 20th Century Society of the Carolina Mountains invites you to join them for another art, architecture, and design tour as we explore one of America’s greatest cities: CHICAGO! Our award winning trip to Cleveland in 2006 received rave reviews and we are planning an equally exciting tour of Chicago.

Registration is limited to 50 so sign up early. A registration form is available on the TCSCM site.

TCSCM tours are characterized by their manageable size and access to venues not typically open to the public. The ambitious itinerary will include the Prairie School, Arts & Crafts, Art Nouveau, Art Deco, and Mid-Century.