6 PM Tour of Lion d’Or, the only surviving night club from the 1930’s in Montreal.

Unlike the clubs of the era of French inspiration, like le Faison Doré, the Lion d’Or defined itself as a cabaret. In a cabaret a master of ceremonies officiated and welomed local stars, among them Vic Vogel, Alys Robi and Willie Lamothe. Also making appearances were American stars, such as Peggy Lee. But the management of the Lion d’Or like most of the clubs of the era was frowned upon by defenders of public morality and Jean Drapeau ended their operations during the 1970s. Come and find out how Lion d’Or survived the Drapeau era.

8:00 Benefit Jazz Concert in support of breast cancer research with Suzanne Tremblay and a six  backup musicians: $30.00 paid at the door.To reserve your tickets for the tour and concert phone Beatrix Articulie at 514-844-2172. 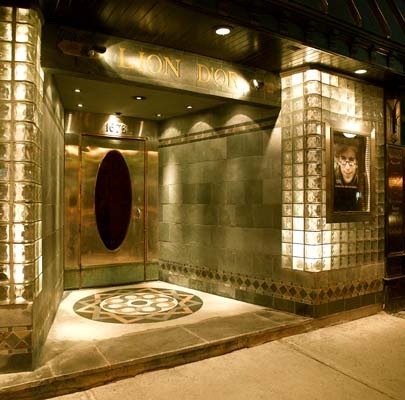